You are here: Home » Calendar » Upcoming Events » Lunch and Learn 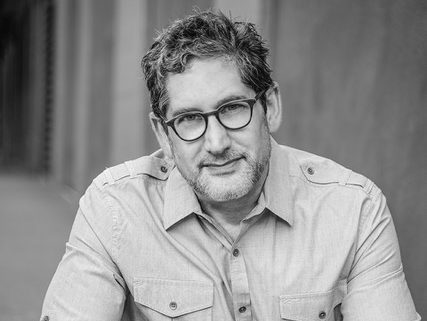 Join with Rabbi Miller as we gather for our third year of Lunch and Learn. As in the past Rabbi Miller promises great learning and terrific discussion on a variety of topics. Mark the dates now on your calendar.

Photographs of Berlin point to the remnants of the 1920s, the Holocaust and the Cold War American photographer Jason Langer (born 1967) presents photographs taken in Berlin between 2009 and 2013. Turning his camera to the city’s streets and people, he tracked traces of the Holocaust and the Cold War and imagined the freedom and creative expression of the Roaring Twenties.

“This book is not a document, it is a dream within a dream within another dream. Berlin is immense, there was no way I could cast a wide enough net to what it’s like; instead I have painted a picture of then and now, pain and pleasure, some people who died long ago, those who are living and young, all from my own perspective.” Jason Langer

BIOGRAPHY
Born in 1967 in Tucson, Arizona, photographer Jason Langer makes work underpinned by Buddhist philosophy. Graduating with a BA in Photography from the University of Oregon in 1989, his first major project, Shadow, explored existential ideas relating to the fragility of the human body. In 2007 Langer started a decade-long project titled Figures, featuring studies of strangers inspired by Buddhist and Jungian teachings on masculine and feminine principles. Langer taught photography for the Academy of Art University, San Francisco, for more than a decade, and currently teaches at the Santa Fe Workshops. He lives in Portland, Oregon Jason Langer is best known for his psychological and noirish visions of contemporary urban life, often times using Buddhist terminology to explain his photographs. Langer’s work has been featured in numerous international photographic exhibitions and museum collections for over 20 years. Langer is also a sought-after photography mentor, having taught photography at the Academy of Art University for 12 years and Santa Fe Workshops since 2014. Langer is known as a mentor in photography, teaching students to use the medium for self-understanding.

Langer’s work has been exhibited by institutions such as Benrubi Gallery (NYC), Kopeikin Gallery (Los Angeles), and ClampArt, (NYC) and supported by grants and awards His images are held in the permanent collections of Yale University, Art Gallery, Zimmerli Art Museum, Rutgers University, and International Photography Hall of Fame and Museum, among others, and are represented by ClampArt (NYC), Galerie Esther Woerdehoff (Paris), and Gilman Contemporary (Idaho).

Join us in person and via Zoom.