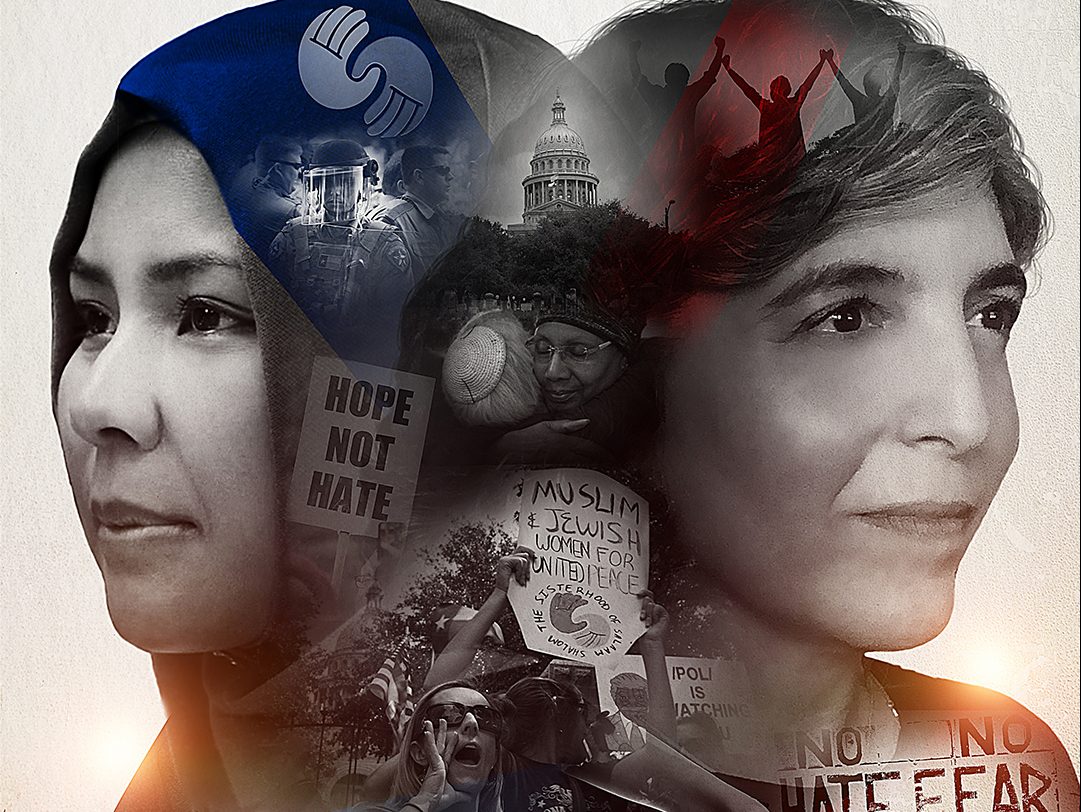 Join us for a screening and discussion on Stranger/Sister via Zoom.

Stranger/Sister is the story of two ordinary women, one Muslim and one Jewish who dare to believe they can join hands to stop the wave of white supremacist hate surging across the US. With both their communities threatened, they overcome a long history of distrust between their two religions, and build a movement that turns strangers into sisters. Intimately following women from Sisterhood of Salaam Shalom chapters in Austin, Chicago and across the Nation, the Sisters build a powerful network of hope in a time of chaos and hate, challenging our assumptions about how to fight hate in America and perhaps around the globe.

Now, with horrific violence unfolding in the Middle East, the bonds of Sisterhood are being tested, but that is why we all think, the filmmakers and the Sisterhood themselves, that the core values of the movement are essential and provide a model for courage and engagement to communities everywhere.